Because we believe enrollment at RCLS should not be limited to families who can afford to pay full tuition, RCLS offers a Variable Tuition program to ensure a Christian education is available to as many as possible.

Every student at RCLS benefits from support that is collectively provided through our Association churches: Grace, Holy Cross, and Trinity Lutheran Churches. We are also grateful for additional gifts and donations from The Grace Foundation and the generous RCLS community. These effectively lower the tuition rate from the full cost per K-8 student to $8100 for the 2022-23 school year.

Families who choose to apply for Variable Tuition may expect to pay between $4300-8100 per student. Tuition payments may be made monthly.

A third-party agency evaluates a family’s financial circumstances to determine eligibility for Variable Tuition. Factors such as income, assets, expenses, family size, unusual expenses, and more are considered in the eligibility analysis.

During the enrollment process in TADS, families are encouraged to apply for Variable Tuition as soon as possible.

The school cannot estimate the tuition level for which a family qualifies without the completion of a Variable Tuition application. Applications, complete with supporting documents, are submitted directly to TADS, which then makes a recommendation to the school.

Typically, families are notified of the tuition level for which they qualify via a formal tuition agreement, which is delivered to a family’s email in May before the upcoming school year or within two weeks of application completion at other times of the school year.

In early May, new and returning families will receive confirmation of a Variable Tuition rate via a formal tuition agreement for the upcoming school year. New families who apply for Variable Tuition prior to March 1 may request a preliminary tuition estimate to be delivered in April.

New families who apply for Variable Tuition after May 1 will typically receive a tuition agreement within 2 weeks of providing all the required information to our confidential third-party service.

Yes. A new application must be submitted to TADS every year.

It is impossible to say what is typical because a wide range of families with a variety of circumstances qualify for the program. Some who qualify for Variable Tuition pay close to the entry level (the lower end) of the tuition range. Others pay closer to the exit level (the higher end) of the tuition range. Many factors are considered in the evaluation, including size of family, income, assets, expenses, and more. Variable Tuition qualification is assessed by our third-party financial aid partner, Blackbaud. Final tuition assistance award is made based on a family's need and the school's availability of funds.

No. Every RCLS family makes a financial investment in their child’s education.

Families can contribute toward tuition payments by participating in the SCRIP Credits program. SCRIP is a gift certificate that can be used like cash. Certificates are available for many national chains as well as local stores. Click on the link below for a complete listing of SCRIP options. When you buy a certificate from the SCRIP program, a rebate, which varies depending on the vendor, is granted to the school. For example, HyVee offers a 3% rebate, while Old Navy offers a 14% rebate. There are hundreds of participating vendors, most of which are stores your family likely frequents: Panera, Papa Murphy’s, Culvers, Kwik Trip, Home Depot, Famous Footwear, and many more. You might even find that your veterinarian or favorite local shop participates through RACS, a system of Rochester-area vendors. This is a great way to support RCLS, but it is ALSO an advantage to families because 70% of the rebate RCLS receives is granted to the purchaser as tuition credit for the following school year. That means that a portion of your planned purchases of grocery, gas, and school clothes can serve as credits toward tuition. Consider the following example: 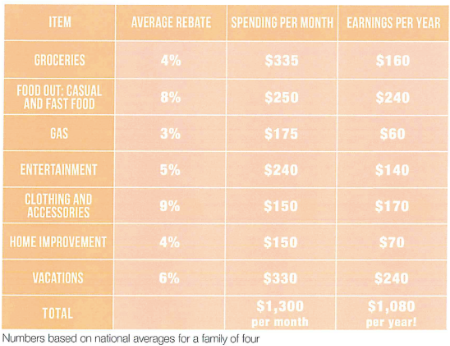 The Early Childhood Development Center offers a range of days and programming. Tuition assistance is not offered for Preschool and Prekindergarten classes, but tuition varies based on selected programming. See the ECDC page for more information.