1875: The new resident Pastor of Trinity Lutheran Church, Rev. Ludwig von Schenk, opened the first regular Christian Day School as part of Trinity. School was held in the small church building, and students were accommodated by affixing hinged boards to the back of the pews to serve as “desks” during the week.

1882: Trinity rented a house for $18 a month to serve as the school, and classes were held four days a week.

1892: The first teacher (Mr. Gustave Frank) was called, and enrollment increased from 45 students to over 100.

1894: A new church was dedicated, and the “old” church was converted into a school building.

1958: Prior to the formation of the RCLS Association, Trinity purchased property on 9th Ave. in northwest Rochester with the intention of building a new school facility.

1961: Construction on the new school was begun on the property.

1963: Classes began in the new facility in September, and formal dedication was held in 1964.

1980 - 2021: Several additions and renovation projects since the initial building was completed have resulted in the splendid school facility that now serves nearly 400 Preschool-Grade 8 students. 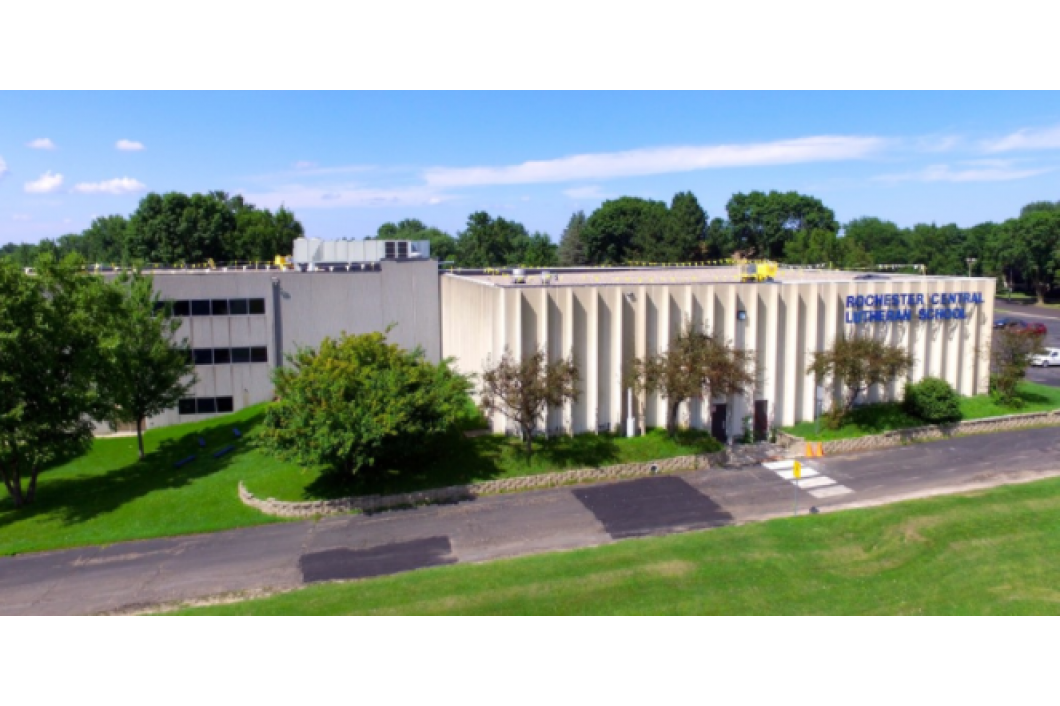 We believe that because of our sin we deserve eternal death.
"The wages of sin is death.”
-Romans 6:23

We believe that Jesus Christ is the Savior.
“God so loved the world that He gave His one and only Son, that whoever believes in Him shall not perish but have eternal life.”
-John 3:16

We believe that faith alone saves.
"Salvation is found in no one else….”
-Acts 4:12

We believe that eternal life is a free gift of God.
"For by grace you have been saved through faith, and this is not your own doing; it is the gift of God—not the result of works, so that no one may boast.”
-Ephesians 2:8

We believe that the Bible is God's Word.
“All Scripture is God-breathed and is useful for teaching…”
-2 Timothy 3:16

Lutherans were named after Martin Luther, a Catholic monk whose teachings inspired the Reformation of the Christian church in the 16th century. Lutherans believe and follow the teachings of Jesus Christ, as they are recorded in Scripture.